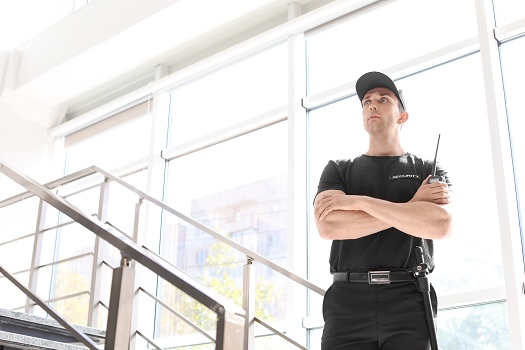 In the wake of the mass shooting that took place at a Colorado supermarket in March 2021, there has been considerable discussion among American business owners about the type of security strategies they should implement. The King Soopers shooting in Boulder left 10 people dead. No security guards were on duty at the time of the incident, and the first police officer who responded was killed when he arrived. Criminologists who assessed this incident agree things could have unfolded differently if an armed security guard had been posted at the time. With this in mind, let’s look at the situations that merit retaining the services of armed security guards from a leading security company in San Diego.

Business owners or property managers who arrive at the conclusion that armed security needs to be implemented have two choices: they can train key employees internally or hire guards from a security services firm. The latter option is the most reasonable because training and licensing employees, acquiring firearms, and adjusting insurance policy coverage accordingly can be quite costly.

When there’s a clear need for armed security, business owners should stop to think about the liability risks created by designating employees as guards. Imagine the kind of risk a company could face if a staff member keeps a firearm at work. An accidental shooting could result in a lawsuit from which the business owner may never be able to recover. Armed guards provided by security agencies are covered under special insurance policies that shift liability away from business owners.

This is the most important factor for anyone thinking about hiring armed security guards. Law firms that handle high-profile cases or engage in controversial political lobbying are often at risk of being targeted by irrational individuals in jurisdictions where gun control measures aren’t restrictive. This is an example of protecting life. Jewelry stores that offer very valuable merchandise could be targeted by opportunistic thieves who may be deterred by the presence of armed security personnel.

Some large gatherings can get out of hand for various reasons. Agitators and provocateurs are less likely to become unruly at the events they want to disrupt when they see armed guards on duty. For this reason, large events such as major music festivals often strategically post armed personnel near the entrances for maximum visibility.

An armed security presence will almost always be effective, particularly for businesses that could be targeted by sophisticated thieves who know how to circumvent alarms or surveillance cameras. For example, professional thieves who see a cannabis dispensary that always posts an armed guard are much less likely to view it as a potential target.

Your top priority is the safety of your business, your employees, and your customers, so it’s crucial to make sure you have effective security in place. Armed guards are a practical option, and if you need to hire armed security, turn to the professionals at Eagle Eye Security, one of the most trusted armed security companies in San Diego. For help with any of your security needs, call one of our knowledgeable representatives today at (619) 278-9990 to schedule an appointment.