Can a Security Guard Take My Photograph? 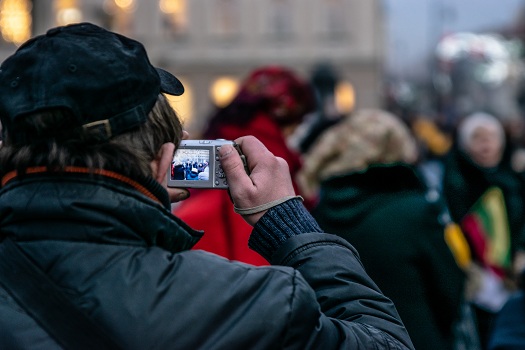 In a world filled with cameras, it can still feel like a personal invasion to notice someone else is taking your picture without permission. While you might expect to occasionally end up in a stranger’s photo collection by accident when you’re out in public, there’s something disconcerting about discovering someone taking your picture on purpose. Security guards can usually take your photo without any consequences when you’re on public or private property. However, there may be a few times when your right to privacy is covered.

In most cases, you’ll find a security guard prefers to take photos in situations where you have the option of providing your consent. This commonly occurs when a security guard is recruited by a company to help with creating photo IDs for their staff. Security guards can also take photos of people in situations without their consent. For instance, they can legally take photos of people in public settings who are displaying suspicious behavior. They might do this to document evidence of a crime they can provide to responding law enforcement officers if the suspect flees the scene.

Make Sure the Photo Isn’t for Commercial Gain

In general, security guards in San Diego and all around the country can usually take photos of anyone on public property, just like you have the right to do. However, they may also be able to take photos on private property, provided they have the consent of the owner or event host. For instance, a guard may snap a photo of a suspicious person to show to the host to make sure the person is allowed to be at the event. However, they’re not supposed to take photos of people to use for personal gain. A security guard who takes a photo of a celebrity at a private party to sell to the press would be in violation of his or her responsibilities.

Know When You’re Protected by an Expectation of Privacy

Even when there seems to be a camera on every corner, you still have some places where no one can take your photo without your consent. This often applies in areas where you can expect to have complete privacy, such as in a restroom or dressing area. You also have the right to avoid having a security guard in another location use a telephoto lens to snap pictures of you on private property.

If you’re worried about having a security guard take your photo, it’s important to ask yourself why. In the majority of places where security guards are employed, they have no desire to take your photo without permission. One of the easiest ways to avoid having a guard take your picture is to make sure you aren’t doing anything that would draw the guard’s attention. Avoiding places you aren’t authorized to access and making sure you aren’t loitering near entrances or vehicles are simple ways to prevent yourself from appearing suspicious enough to cause a guard to document your image.

If you’re planning to hire security for your business or event, it’s important to understand what the guards you hire are legally allowed to do to protect your employees, customers, and property. When you need to hire security guards, look no further than the experienced professionals from Eagle Eye Security, one of the top security companies in San Diego. Give us a call today at (619) 278-9990.