Are Security Guards Allowed to Use Handcuffs? 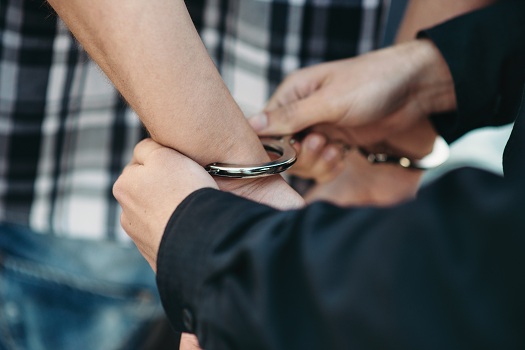 Security guards hold trusted positions that allow them to do many things to protect both public and private individuals and companies from harm. While the majority of security guards prefer to deter crime rather than have to detain someone, they’re often the first people to respond to dangerous situations. People often ask about what rights a security guard has to handle a suspected criminal. Knowing whether or not a security guard can handcuff you is helpful for understanding when one can step in to keep others safe.

Why Would a Security Guard Use Handcuffs?

Some security guards do carry handcuffs for use in the event they need to restrain someone. A security guard might need to use handcuffs to detain a person long enough for the police to arrive or to protect other people from harm if the person is out of control. Handcuffs are typically used for the most severe situations, since they may have the unintended effect of making a perpetrator angry. If possible, security guards try to use other means to resolve situations. For example, a person will often be willing to leave the site of an incident rather than potentially deal with the police if he or she hasn’t committed a crime yet.

Do Laws Vary from One Place to Another?

How Long Can a Guard Detain Someone?

In most cases, a security guard will only use handcuffs if it’s necessary to get a situation under control until a police officer arrives. This could be the case if a person is suspected of carrying a deadly weapon or planning to harm others in the vicinity. For instance, a San Diego security guard might use handcuffs to hold someone until the police arrive if the handcuffed individual was caught in the process of carrying out a public attack. Once a police officer arrives, the security guard would release the handcuffed individual to the local authorities. However, the guard would be unlikely to hold someone in handcuffs for hours if the person committed petty theft. The rule of thumb is typically for the security officer to use good judgment in any situation.

What Other Methods Can Security Guards Use?

In an ideal situation, handcuffs wouldn’t be necessary at all. Security guards prefer to use strategies that prevent crimes from happening in the first place. They may patrol areas on foot or view video surveillance footage to identify potential criminal activity. Often, all a security guard has to do is make his or her presence known or remind someone of the laws to end a situation before it escalates.

If you’re planning to hire security for your business or event, it’s important to understand what the guards you hire are legally allowed to do to protect your employees, customers, and property. When you need to hire security guards, look no further than the experienced professionals from Eagle Eye Security, a premier security company in San Diego. Give us a call today at (619) 278-9990.