Should Professional Guards Use Security Cameras? 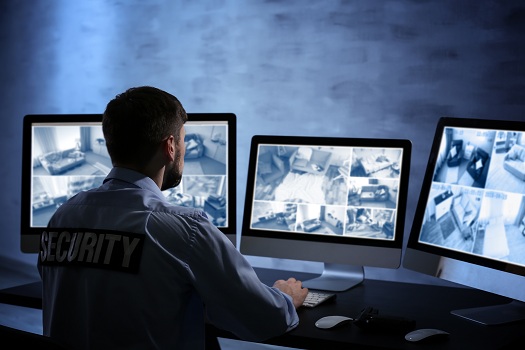 Over the last few years, police departments and law enforcement agencies around the United States have been equipping officers and agents with body-worn cameras. This is being done as part of a nationwide effort to provide more transparency and increase accountability. Private security agencies in the United Kingdom and Russia have been issuing body cams to many of their guards since 2014. In fact, the use of image, video, and sound recording equipment was adopted by the professional security sector starting in the 1970s, just a decade after the first metropolitan closed circuit television surveillance system was installed in London.

There used to be arguments about the pros and cons of using a video surveillance system with active remote monitoring versus only posting personnel such as San Diego security guards. Such arguments have been settled with the realization that these two components of physical security often work better together.

How Security Guards Use Cameras

The day may soon come when body cams will become standard equipment for security guards, but this would hardly be the first time these professionals utilized video recording equipment. Compact film cameras were carried by guards whenever they needed to collect evidence or document situations. These devices were later replaced by digital cameras and eventually by smartphones. Body cams that can capture video and audio as well as transmit and store digital recordings are the next logical step.

Retail stores that use undercover loss prevention officers rely on video surveillance systems to alert them about suspicious activity. The idea is to not reveal the identity of these officers until they’re required to take action. Sophisticated thieves who work as crews will sometimes fake an incident just so they get to know the security personnel wearing plain clothes and posing as shoppers on the sales floor.

When it comes to protecting life and property, you want the best of both worlds, and this often means combining video monitoring with posted security guards. Casinos extensively use this strategy, and it’s proven to work. Similar to the aforementioned loss prevention scenario, an active remote monitoring team acts like an “eye in the sky” while posted guards respond to incidents. In this case, there may not even be a need for body cams because the installed system will handle video recording.

Training and Improvement through Video Analysis

Private security agencies often use video of real-life incidents to train their personnel. The goal is to evaluate everything that was recorded to let guards know what they should expect and how they should handle certain situations.

Cameras can be a great asset in keeping your business secure, but they’re much more effective if you have professional security guards to monitor them and patrol the area. When they want to work with a premier security company, San Diego business owners and residents can rely on the professionalism of the experts from Eagle Eye Security. Give us a call today at (619) 278-9990.