How to Help Your Security Personnel Succeed 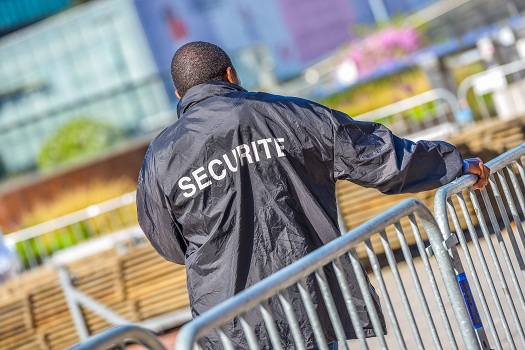 Hiring security personnel is a necessity in some industries. Whether you’re hiring security for a nuclear power plant or a guard to watch over your shop at night, there are several things you can do to set up your guards for success. Here are four tips to act upon that ensure hired security personnel can do their jobs effectively while eliminating factors that could lead to risky situations.

Security guards aren’t robots with night vision. By putting up lights at night, you ensure they’ll be able to move freely around your premises without undue worry about an attack. Security guards can monitor the premises more easily by being able to gather more information. They might conclude an area has good lighting and keep tabs on it from afar while concentrating on areas that could be sites of conflict. With strong lighting on the major areas of the premises, security guards will feel safer and be able to keep stronger control over their surroundings.

While armed security might not be essential, make sure you’re informed before you decide whether you hire an armed security guard. San Diego has some areas that might require security to be able to defend themselves with arms to ensure the safety of the property. Armed security guards can offer additional benefits by deterring crime with their mere presence. An armed security officer looks more intimidating than an unarmed guard. Make your decision based on the crime rate of your local area, the value of the property your guards will be patrolling, and whether security personnel will work at night.

Offer a Tour of the Premises

Make sure your security guards know your premises well. They’ll be the strongest line of defense against crime, and knowing the property’s layout will make the job easier. Take the guards through all exits and entrances, point out any potential dangers you can think of, and show them where security cameras are placed. By the time they start their first shift, they should have a general idea of where the biggest threats will come from.

Set Up Video Surveillance Around the Premises

According to the National Institute of Justice, security cameras deter crime. Not only will you be helping your guards stay safer by having cameras, but installed security cameras also provide peace of mind. The guards will be able to do their jobs with the backup of video surveillance to prove they’re following proper protocol.

If you’re planning to hire security in San Diego, your first call should be to Eagle Eye Security, one of the most trusted security companies in San Diego. We can offer advice on security staffing and provide highly trained guards for a variety of industries. Call one of our friendly representatives today at (619) 278-9990 to schedule an appointment.